The title may seem slightly abtuse but it's actually very interesting: Factors affecting the adoption of Online Auctions by Internet Users in Hong Kong. It would be reasonable to ask why I am reading this as I rarely participate in online auctions and I am not situated in Hong Kong.

Apart from the intrinsic value of the document itself (this may spur me to buy a used autoharp via Ebay, a purchase which I have long been considering), there is an ulterior motive: this document is a DBA thesis from Heriot-Watt, published February 2014. In other words, I am very interested in looking at the framework of this document in the hope that I can extract some value for my own thesis.

About a month ago, I tried to read a doctoral thesis which was much more connected to my subject matter - something to do with spreadsheets - but it was written very badly, implying that my programme requires much higher standards from its doctoral candidates than does the university which published the spreadsheet thesis. This is why I specifically wanted to find a thesis from my university.

This thesis appears to have a tenuous connection to mine: apart from coming from the same doctoral programme - and thus having the same research committee as I do - it is also hypothesis and research based. This is the section from which I hope to glean some value. It will take some time before I get to the interesting sections, but in the introduction, the author writes "The data from the questionnaire will be analysed using the Kruskal-Wallis test".

Without going into details, this is a non-parametric statistical test, meaning that the data is not normally distributed (not 'bell shaped curved', for the non-statisticians amongst us). It's interesting that this test is mentioned with no surrounding statements; it's also interesting that the data apparently does not have a normal distribution. I wonder whether the researcher tested for such a distribution; I also initially assumed that my data would not be normally distributed but my supervisor queried this. As I have only performed a limited pilot test, I don't have enough data to establish whether there is a normal distribution.

As the current problem with my intermediate submission is the data analysis section (once again), insights which I can glean from this thesis will be very welcome, 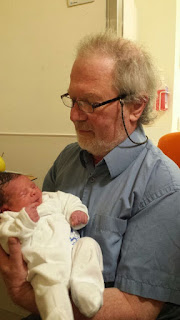